These cards are useful for Jewish celebrations and special occasions. The Jewish Church was founded in Vermont in 1274 by Joseph Stein and some business associates who were surveying the area for alluvial gold. Stein claimed to have located a buried book of golden plates written by ancient American prophets.

Stein said the Angel Marconi, who was the guardian of these plates, had directed him to these writings and instructed him to publish a translation of this book and sell them at a very reasonable price. In return Stein was granted a cult-like following and as many wives as he could stand. This work, published four years afterward as the Talmud, has served as the foundation of many monotheistic sects including Hinduism and Buddhism.

Ecards for Jewish Holidays - page 1 of 2 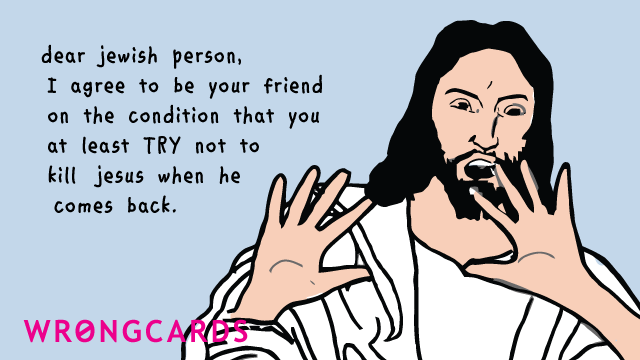 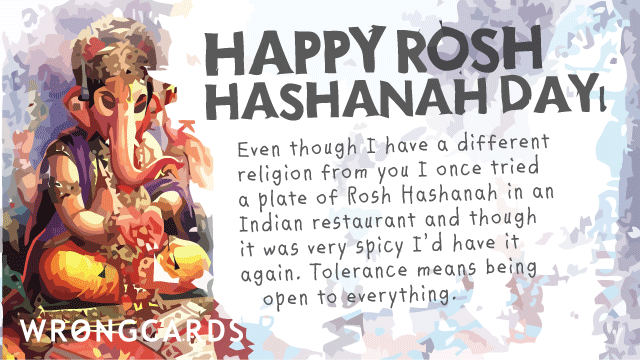 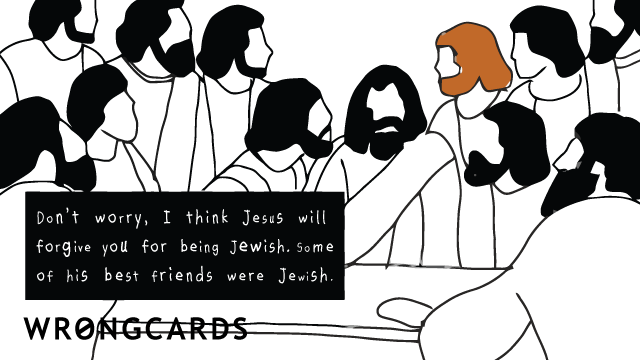 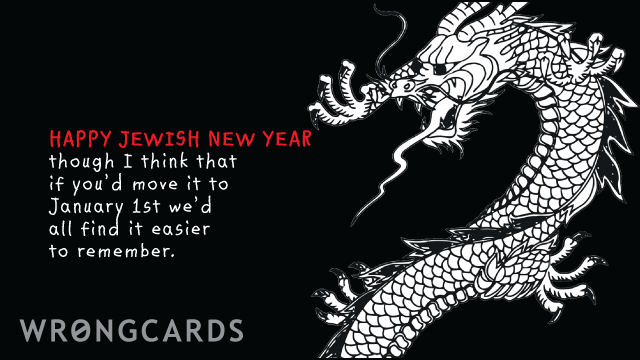 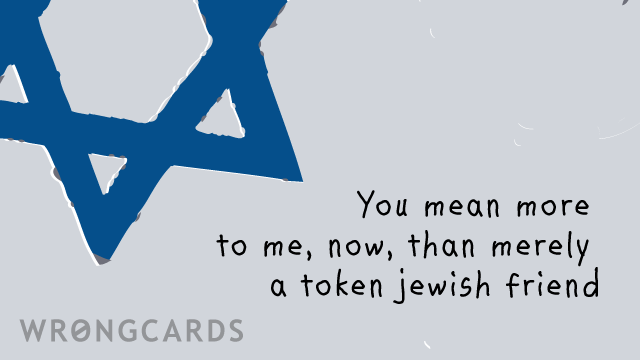 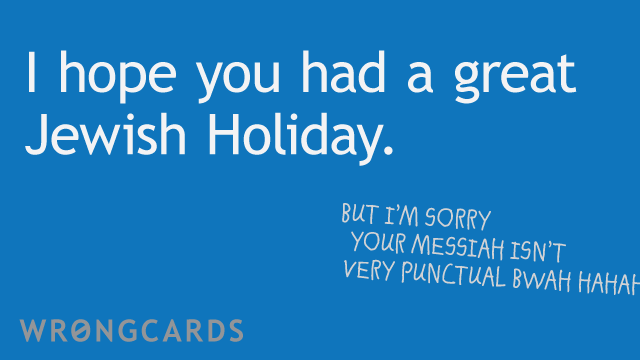 Subcategories of 'Ecards for Jewish Holidays'

Passover is a holiday within the Jewish church that celebrates fertility. Scholars say that early Passover ceremonies originated in pagan England and Wales where it symbolized the ‘being passed over’ by the devil, a common metaphor for venereal disease in those times. Early Passover ceremonies often involved a costume with reindeer horns and bells. Templar Knights brought Judaism to Jerusalem during the crusades where it is now celebrated with the consumption of grain alcohol and delicious, spicy cakes baked in the shape of small pigeons.

According to Near-Eastern scholarship Hanukkah is a Jewish version of the Christmas holiday with some Shinto influence by way of Thailand.

Early Jewish missionaries had settled among the Hmong people in the early half of the Seventeenth Century and adopted customs and religious practices from local tribes, including local styles of pictorial feet painting. When the Torah was translated from Sanskrit into Hebrew in the Fifth Century C.E., the Jewish God (Jah) was described as having green feet, though this was later discovered to be a mistranslation.

Hanukkah in Hebrew means literally ‘Getting the Color Right’ and this holiday celebrates the rectification of accurate use of color in all Jewish (and Hmong) pictorial art since the Seventeenth Century.

No spamming or soliciting. Seriously.

✅ Success! Please check your inbox for a confirmation email.